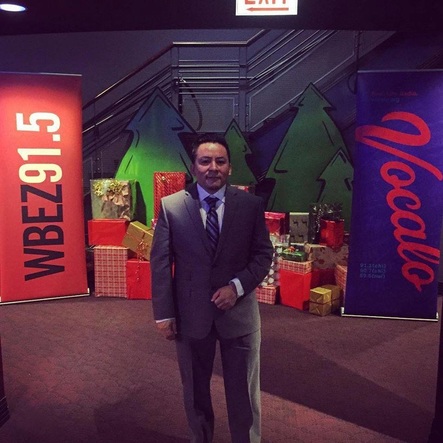 About Nestor "the boss" Gomez
He was born in Guatemala and moved to Chicago
in the mid 80's.
He told his first story at a Chicago Moth Slam as a way
to finally get over stuttering. Surprisingly, he won the
slam that night and has not stop sharing stories
ever since.
He has won Twenty-nine Chicago Moth Slams,
eight Milwaukee Moth Slams, three Madison Moth Slam,
one Louisville Kentucky Moth Slam and three
Chicago Moth Grand Slams.
Nestor is also the creator/producer/curator and host of               80 Minutes Around the World an Immigration Storytelling             show that features the stories of immigrants and allies.
Educational Outreach:
​

Performances:
Speaker at the End Detention, Decriminalization and deportation of Immigrants in Chicago July 2019

TedX Presentation at North Park University in Chicago, IL (May 2017)